There are two kinds of chemical name: trivial names and systematic names.  Trivial names identify a compound (or sometimes a few closely related compounds), but provide little or no information about its structure and its relationships to other compounds. A trivial name may be a technical chemical term, or it may be a common name taken from regular, nonscientific language. You can think of acronyms for systematic names (THF, DMSO, and so forth) as a kind of trivial name. 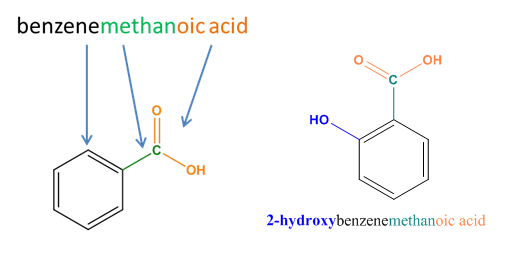 Semi-systematic names take a trivial name of a related compound as a root and name the compound systematically as a derivative of that compound. 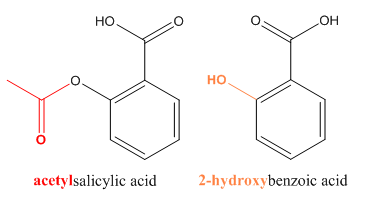 The root of a systematic name indicates the compound’s primary chain or parent compound, and prefixes and suffixes indicate the atoms or groups that are attached to that parent compound.

Locant numbers (and occasionally letters) indicate where these substituent groups are attached to the parent compound (or “substituted” for hydrogen atoms of this parent, hence the term “substituent.”) Stereochemical prefixes – cis and trans, E and Z, R and S – are used to indicate stereochemistry. (If you need a refresher on assigning E/Z and R/S, here’s a primer.) 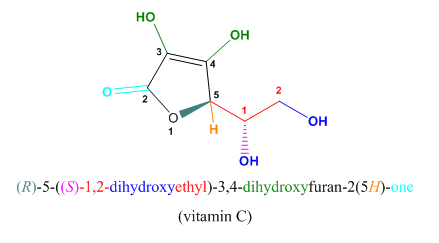 Several different forms of systematic nomenclature have been used both in the past and in the present. Furthermore, the best-known nomenclature system, that of the International Union of Pure and Applied Chemistry (IUPAC), provides various options for how to name a compound. Therefore, most compounds have more than one systematic name. Fortunately, most systems of nomenclature in wide use are based on more or less the same principles and the same vocabulary.

Systematic names were originally designed primarily for use in alphabetical indexes of chemical substances. However, the effort to make these names both unambiguous and canonical (see Unit 3.b in this module) for this purpose made many of these names extraordinarily difficult to read, let alone say out loud. Chemists came up with different approaches to systematic nomenclature tailored for different sorts of compounds and different ways of organizing a chemical index; that’s how we ended up with so many different systematic names for the same compound.

Though some chemists initially predicted that systematic nomenclature would completely replace trivial names, this never happened. Trivial names convey little or no chemical information, but they have the advantage over systematic names in many of the qualities that we usually associate with good names: they are short, memorable, pronounceable, and easy to distinguish from other names.

Trivial names are used constantly in informal chemical communication. Chemists working together on specific complex compounds will typically develop their own trivial “nicknames” for their compounds of interest.

Systematic names are often required if you want to register a new compound and for compounds discussed in publications. They are typically listed in database records accessible through search applications like PubChem, SciFinder,Reaxys, and ChemSpider, as well as on the Wikipedia pages for chemical substances. However, because of the various different systems of nomenclature in use, because IUPAC names are not unique, because names formed according to now-defunct rules often stick around, and because of human error (a particularly issue in a crowd-curated site like Wikipedia), the systematic names that you find in these locations can sometimes vary.

Sections of systematic and semi-systematic names corresponding to a substructure of interest can be useful in searching for compounds containing that substructure, particularly in non-chemical settings like Google. However, this approach is generally less reliable than substructure searches that accept structural formulas as input.

When you’re dealing with systematic names rather than structural formulas, it’s much harder to recognize when you need to pay attention to delocalization, stereochemistry, and tautomerism. You may wish to sketch a structural formula based on the name (or make use of a computer program that does so) to determine whether any of these factors – particularly stereochemistry – apply.

What system of nomenclature does the name fit within?

Are you dealing with an IUPAC name? A Preferred IUPAC Name (PIN)? A CAS index name? A name that describes a structural formula without quite following any specific set of nomenclature rules?

Why am I using a systematic name, anyway?

Systematic names are difficult to read and to write. Before you decide to use them, make sure that there isn’t a different chemical identifier that serves your purposes better. (See Unit 3.c below.)